Home / News / What Is Niflheim in Norse Mythology?

What Is Niflheim in Norse Mythology?

Norse Mythology is a somewhat complicated Nordic religious belief about the existence of the world and how creatures were created. But what is even more intriguing is the way that the nine worlds of the Nordic mythology were created and formed.

According to Norse mythology, Niflheim is one of the first worlds or realms that came into existence along with Muspelheim. Niflheim is the northern realm, while Muspelheim lies far to the south of Niflheim.

In this article, we take a closer look at Niflheim and what its significance is in Norse mythology. Keep on reading to find out what Niflheim is.

How Was Niflheim Created?

Before the cosmos was created, there was only Ginnungagap, which was the great void of emptiness. There was nothing but darkness. Then, suddenly two worlds were starting to form, one to the north and one to the south of the great void.

The one to the north was Niflheim, which consisted of only ice, snow, frost, a cold and dark place where nothing could grow. This forming of the two first realms took eons and will still take more, and then at some point cease to exist again.

Niflheim consists of mist, cold, and darkness. This miserable world is also called by another name, the world of mist or the Mist-World. Somewhere in this world of mist is the world of the dead where all unworthy men will go when they die.

In the old Viking belief, when you say north, it means down, and south means going up, so Niflheim is at the bottom. There are nine realms located or linked with the world tree in Norse mythology, and Niflheim is more or less at the lowest level.

According to Norse mythology, Niflheim is one of the oldest realms of the Norse worlds, along with Muspelheim, the world of fire.

The first and most prominent world found in the Niflheim realm is the world of the unworthy dead, like criminals and such. This is also called Hel and Helfeim, but in some writings, it is reported that most people are going there.

The world of the dead is also called Helheim after the goddess who rules over this world called Hel, the daughter of Loki. Inside Helheim, there is another world or the lowest level where only the wicked dead will go, called Nilfhel.

Also located in Niflheim, there is the place where the ice giants lived, but there are no references to where exactly they are living. The old Vikings used to bury tools and other possessions with the dead to make their life easier in Niflheim.

The world of the dead is located here, so all the people who die and are not nobles and kings end up here. The old Vikings believed that all people who do not die on the battlefield or in war are going to the Niflheim realm.

The ruler of the Helheim or the land of the dead, Hel, daughter of Loki, is also living here together with her vicious dog, Galm. Other creatures found in Niflheim are the ice giants who will join Loki in the final battle of Ragnarok against the gods.

For further information on Norse mythology, you can read this book, The Viking Spirit, to guide you through it. You can also go here and find out how the Norse Mythology describes the creation and history of Niflheim. 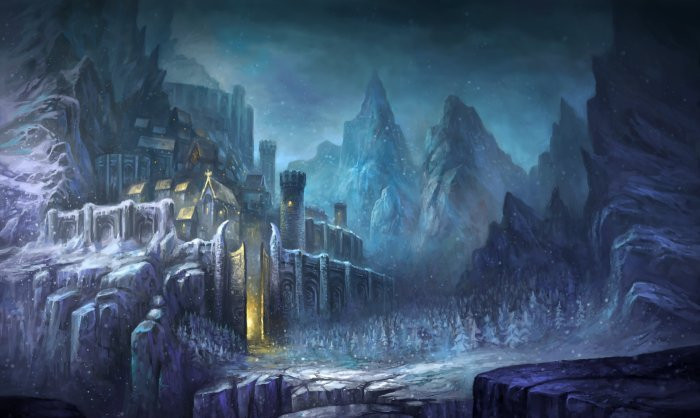 There is a bit of mystery regarding the realm of Niflheim, and some scholars believe that it should be called Niflhel.

You will also see that the tree of worlds, Yggdrasil, which originated in Niflheim, is quite an important part of the nine worlds of Norse mythology.

PreviousMjolnir/Mjölnir, What does mean?
NextWho Is Laufey in Norse Mythology?