According to a recent discovery, an ancient Viking load of war buried in his boat about 1000 years ago has been found. Found together with his weapons of war, the Norse Invader tomb is the first intact burial site to be found on the UK mainland.The ship that was used for the burial of the Viking has now been excavated completely. 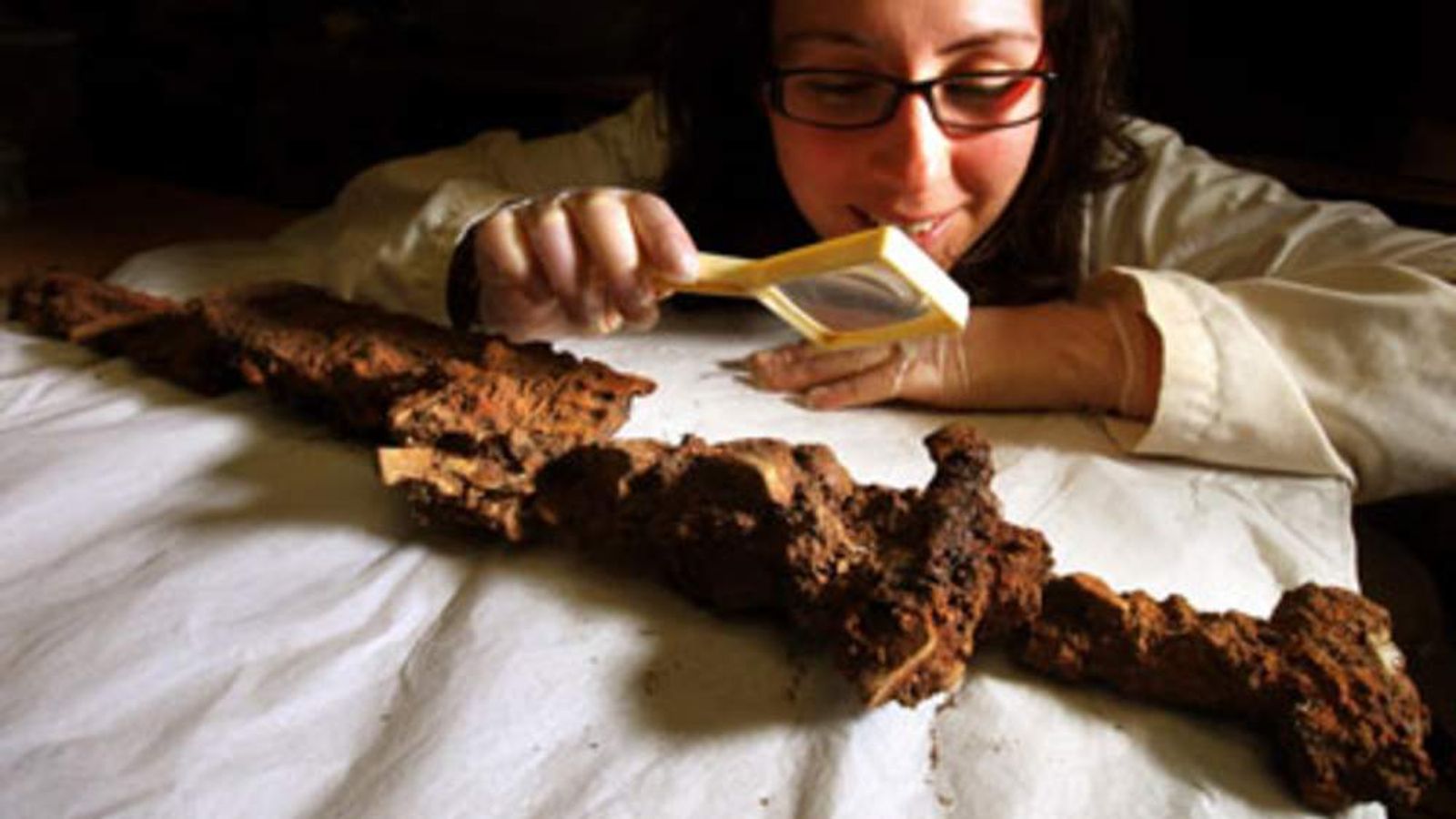 According to the appearance of the tomb, the Viking must have been a revered warrior. The preparation of his burial place had been set in such a way that, the might warrior would automatically take his place among the honored dead. Those preserved for the honor of the Valhalla were laid to rest with war weapons as those found in this tomb. Found in the 17ft long boat was the old worriers sword, an axe and a drinking horn. According to the geologists who discovered the tomb in the Ardnamurchan part of Scottish islands, the site is the first of its kind in the whole of British.Actually this grave can be dated back to the second Viking age around 1000AD.

For a very long time, the Norwegian and Danish pirates had been a thorn in the flesh for the coastal Britain. Harassment of the residents and looting of their properties was something that the Britons had to live with for more than 200 years. Once this cruelty started invading in to the inland the savior of the Britons came in to power. During the reign of king Alfred and his descendants that followed after, England was united against the pirates and as a result driving them away to the Scandinavian countries. For almost 100 years, the British land remained peaceful but after that, the invaders came again.

During this period, the Anglo-Saxons were ruled by the Aethelrerds and anybody who dared raise a voice against this rule was put to the sword. Large amounts of property and money were looted during this reign and the native population of the Danegeld lived literally as slaves to the vikings. They were extorted with hard labor and increased taxes until 1016.

In 1016 the conquest was completed and a Danegeld named Canute took over as the king of England. It is as long as this period that this tomb was laid. The contents of the tomb serve as an indication of how wealthy the pirates had become. Although there are indications that some of this vikings had started converting to Christianity, most of the artifacts found in this tomb suggest strongly that this man was a staunch believer of the Norse religion.

Although the boat that the viking was buried in was is completely rotten, some metal rivets used for the purpose of holding the boat together were found intact. The boat, according to the geologists was 17ft long and 5ft wide, which happens to be the same size as that of the tomb. The list of precious items buried along with this warrior is long, ranging from an axe, a sword, a spear, a shield, a bronze ring, a pottery to a beautifully decorated hilt. As if that was not enough for war already, the man was further buried with a Norwegian Whitestone and an Ireland ring pin. It is believed that, the viking was buried in a pagan ritual since his shield was placed on top of him and then the tomb was filled with stones. Only two teeth and some fragments of bones were found as the remains of the warrior in the grave.

The many weapons buried with the warrior were meant to prepare him for the Valhalla. This was believed to be a great heavenly hall where the great of all warriors were destined to spend their eternity. According to Dr Hannah Cobb (Manchester University) who happens to be the co-director of the project, many people have been fascinated by such boats but they have been rare to come by. It therefore follows that, the site has been turned to an international historic site.

The most famous ship burial in Britain is not for a viking. This is because viking burials were rare and mostly happen along the coast, which means they may have been eroded. It therefore follows that, the artifacts from this site makes it the most important excavated Norse grave in Britain. PreviousVIKINGS AS TRADERS
Next Viking Runes, the alphabet that rewrites your own fate.