Home / News / FENRIR - THE LORD OF THE WOLVES

FENRIR - THE LORD OF THE WOLVES

Angrboda is known as the Mother of Wolves and was a leader of the Wolf Clan of the Iron Wood. The majority of Angrboda’s children were also werewolf-giants. Fenrir’s siblings are very famous in Norse mythology as well – the serpent Jörmungandr and Hel, the Underworld ruler. 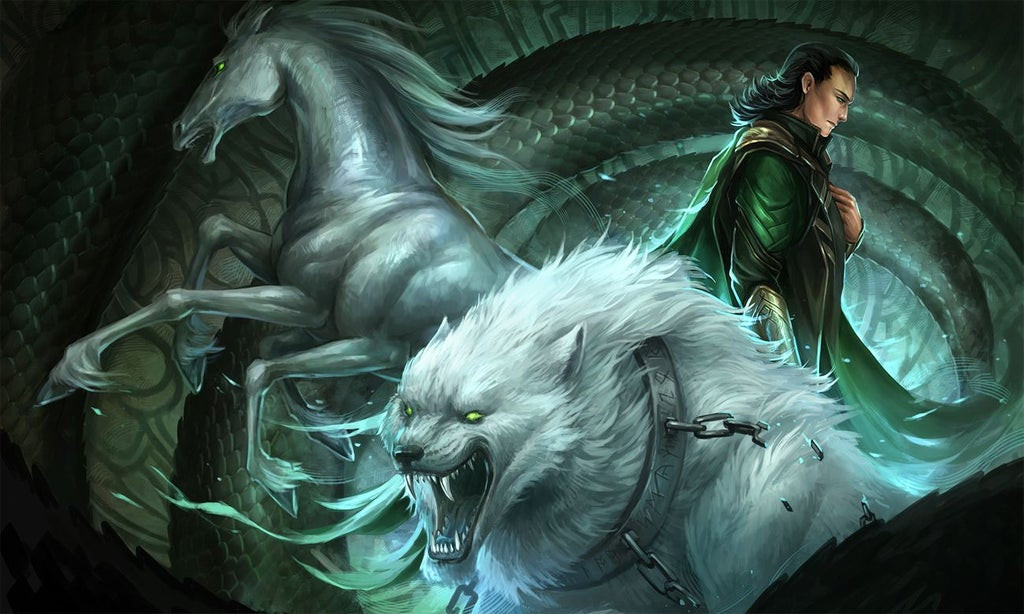 People nowadays are aware of this creature from many modern movies and TV shows. The interpretation of the beast varies and has many forms, depending on how people understood and described its role.

We’ll bring some of the most interesting stories and facts about this magnificent creature, and bust all the myths surrounding it.

THE GODS WERE AFRAID OF THE BEAST

Ragnarök or the end of all things is also known today as the apocalypse of the Norse universe. The Gods believed that the mighty wolf is the one who will bring the end of everything upon them, and they decided to prevent that from happening. 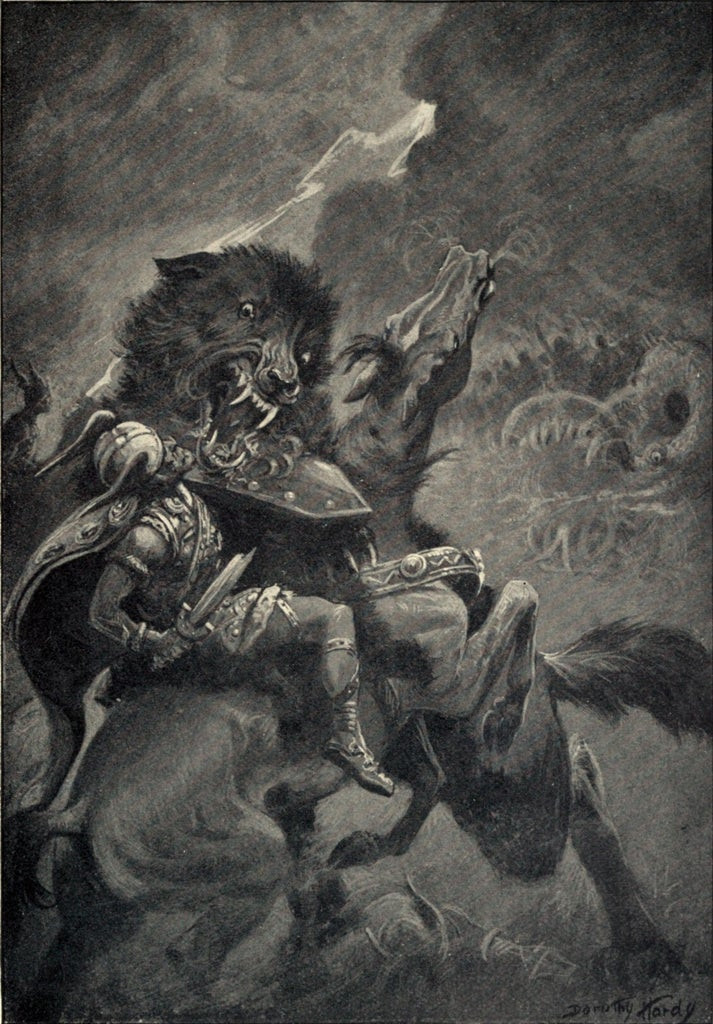 The Gods of Aesir feared Fenrir’s strength and wrath. They knew that they could expect only great evil from him, and they have decided to bind the wolf into the chains.

You should know that the rulers of Aesir raised the beast by themselves so they could control the wolf. Their goal was to prevent him from destroying the Nine Worlds by wreaking havoc and destruction. The wolf grew quickly, and the Gods were very frightened, so they chose to chain the beast.

The Gods were cunning and they told Fenrir that binding him was kind of a game and a test so they could see his real strength. They managed to restrain him once with chains called Leyding, but he broke loose quickly, so the Gods tried again with stronger chains. For their second attempt, they used chains twice as strong called Dormi, but his strength was unmatched, and he broke free again.

Finally, the Gods asked dwarfs to create a chain from the sturdiest materials. The dwarves would need to use their magic as well, to make the most durable binding that was ever crafted. The dwarves created a Gleipnir.

Gleipnir was created from the combination of impossible elements that enchanted the chain so it could do the impossible. This shackle is made from six mythical ingredients: the cat’s feet sound, the beard of a woman, mountain's roots, a fish’s breath, a bear's sinews, and a bird's spit.

When the chain was ready, the Gods faced another problem. They needed to persuade the beast to believe in their intentions. They already tried to chain Fenrir on several occasions, and it was hard to earn his trust now.

What they did next is that they have invited the wolf to the remote island of Lyngvi and re-challenged him to show his strength. The wolf was supposed to allow them to put on the new shackle, and then to break free from it once again.

When the rulers of Aesir proposed to chain him again, he didn’t believe them, but he asked that one of them should put an arm in his jaws in case they’re trying to trick him with the chain. God Tyr, the bravest one among them, was the one who agreed to place his hand into the wolf’s jaws, knowing that he’ll lose only a hand, which wasn’t so bad compared to the alternative (the end of the Nine Realms).

When they finally chained him, and when Fenrir realized he couldn’t break loose, he bit off Tyr’s hand. The Gods knew that this was a necessary sacrifice so they could subdue the most significant threat they have ever faced.

After they managed to chain the wolf, the Gods placed a sword in his mouth that kept the jaws wide open. The drool that came from his mouth created a river of foam by the old Norse name Ván (Expectations). He was destined to lie bound to a rock until the Ragnarök comes. Then, the wolf will be free and he’ll destroy the gods.

The wolf is dwelling in a cave, deep beneath the high mountains on the Lyngvi's Island. The mountain is located above the Lake Amsvartnir in Niflheim. Fenrir broods and waits, while occasionally flinging himself against the blade and the chain that’s holding him. The mighty creature is waiting for the day to be free from the shackles and to wreak havoc and his revenge upon the Gods of Aesir.

Regardless of the Fenrir's role in Ragnarök, one source says that the Aesir Gods didn’t kill the beast because they didn’t want to taint the island with the Norse wolf’s blood.

One version of this myth states that when Ragnarök comes, Fenrir will fight Odin and devour him. It’s also said that the wolf will swallow the moon and the sun. Additionally, Odin’s son Vidar will avenge his father by stabbing the beast to the heart and by tearing his jaws asunder.

OLD NORSE POEMS ABOUT FENRIR AND THE WOLVES

It’s important to know that there’s a common belief that many wolves from the Norse literature are Fenrir and his children under various names. One of the old Norse poems says that an unknown wolf will devour the sun and the moon, while this is reserved for a certain wolf in Norse mythology, Skoll.

Also, a wolf called Garm is mentioned in other poems that he’ll break out from the chains during Ragnarök, which is undoubtedly the same wolf but with a different name.

Other sources also indicate that a wolf Mánagarmr (Moon-eater), is the one wolf that will eat the moon, while the same story goes for another wolf known as Hati (old Norse for “Hatred”) from other sources. All these wolves could easily be the main antagonist of this story.

The Snorri Sturluson's Prose Edda explains the origins of the three siblings – Fenrir, Hel, and Jörmungandr. The Æsir of Asgard discussed what they should do with these dangerous creatures.

Did you know that all the siblings were prophesized to aid in the inevitable demise of the entire Norse universe?

That’s when the Gods decided to send Jörmungandr deep into the sea, to remain submerged until the end of days, while Hel was sent off to Niflheim (the Underworld). It’s a place similar to the Christian concept of Hell since Niflheim is a very dark and cold place.

On the other hand, Fenrir was a much more significant threat than its siblings were since he was overgrowing, and soon he became a giant (old Norse jötunn) among all the wolves.  The Gods came up with the idea to contain the wolf so they could protect the Æsir from his size and the terrible fate that he’ll one day bring upon them.

THE END OF THE GREAT ÆSIR

The Prose Edda says that Fenrir's two sons, Hati Hróðvitnisson and Sköll, followed in their father’s footsteps. They swallowed the moon and the sun, and have destroyed the stars. Only when everything occurred as it was prophesized would the beast be slain by Odin's son Vidar (old Norse Víðarr).

It’s said that Víðarr had a magical boot that allowed him to stand in the wolf’s mouth without being eaten. This is what allowed him to use all of his strength to slay the wolf by tearing his jaws apart. The wolf’s death will soon be followed by the death of all things, including the end of the entire Norse cosmos.

The mighty wolf’s jaws that were kept silent for so many years would finally be torn apart. However, when the worlds of the Æsir are consumed, a new world will rise.

Even though the tales from the ancient Norse mythology span through many centuries, this particular story is the only one that depicts Fenrir’s character.

The wolf spent his entire life isolated away on an island far from everyone and everything, as he was kept in confinement until Ragnarök. The fates of all Gods were set, and nothing could prevent it from happening. The story of this beast is a critical one in Norse mythology.

But that’s not all since the beast’s father, Loki, was the one who led the jötunns along with the Niflheim forces against the Æsir during the Ragnarök. According to the Ragnarök prophecy by Poetic Edda of Norse mythology, when the doomsday begins, the Norse universe will be shaken by many earthquakes that will destroy the boulder to which the wolf is anchored.

Additionally, the Fenrir will grow to such size and strength that he will be able to break loose from his chains easily. Once freed, the beast will go on a rampage throughout the Nine Worlds, and with his mouth still wide open by the sword, he will devour everything on his path.

His two wolf children, Sköll and Hati, will accompany him in their final chase for the moon and the sun. These young wolves will finally catch their ultimate prey, and they’ll devour the moon, the sun and all the stars, which will plunge the Norse cosmos into a chaotic and timeless age of darkness. 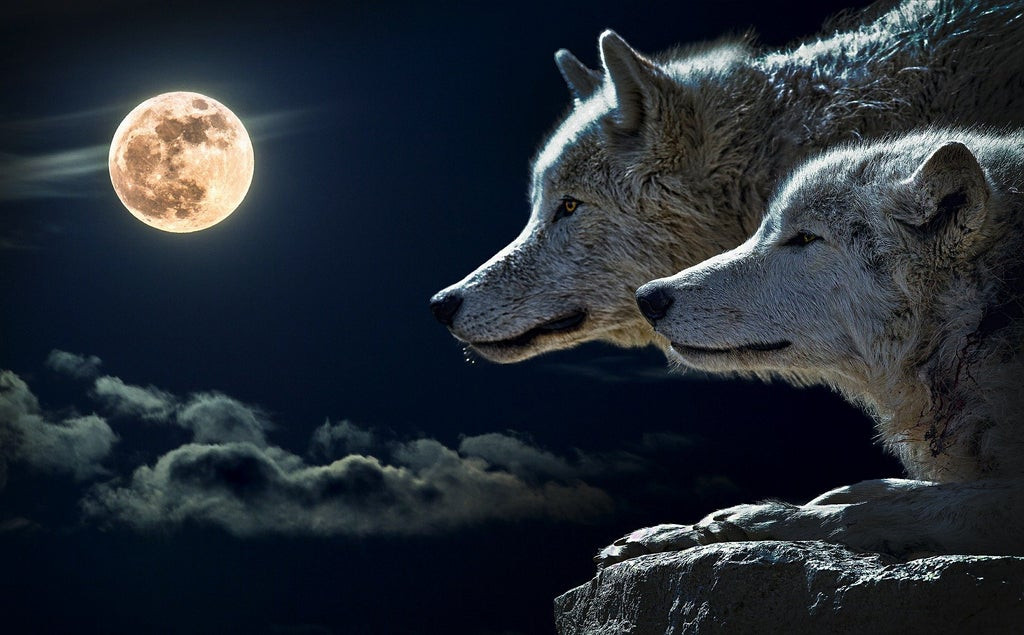 Fenrir was the one that killed Odin, the chieftain of the gods himself, and for that, he will always be remembered.

THE ABILITIES AND GREAT POWERS

As one of the harbingers of Ragnarök, the mighty wolf was one of the most powerful beings in all of the Nine Realms. He had enough power to be the one that will kill the Allfather Odin himself. He was unstoppable regardless of the combined might of the Gods and all the dead Viking warriors in Valhalla. The entire Aesir was afraid of his incredible power.

Immense Strength: Fenrir had tremendous levels of vast superhuman strength that surpass many other giants, including his brothers Starkad (old Norse Starkaðr), the God of War, and Jörmungandr.  His power was so incredible that he was stronger than the mightiest Norse God Odin himself. The entire Aesir was afraid of his inhuman strength.

Incredible Durability: The colossal wolf had unheard levels of superhuman durability. Fenrir's destiny was to kill Odin by devouring him and making all the dead warriors in the halls of Valhalla seem insignificant and unable to stop him thanks to his immense durability.

We will all agree that the Norse mythology has a lot of dreadful and fearsome beasts that have the power to wreak havoc all over the Nine Worlds of the Norse Universe. However, the most important, and by far the most dangerous one among them is, without a doubt, the mighty Norse wolf Fenrir.

As a beast of incredible and terrifying strength, he’s the one that stands out among all the other Norse beasts since his destiny is to defeat Allfather Odin in the final battle of Ragnarök.

Check out out our Fenrir Viking bracelets and armbands.

What do you think about all the stories behind this magnificent creature from the old Norse mythology? Did Loki deliberately spring such a powerful heir so that he could kill Odin, the Allfather? Were there other forces involved? How come no God from all the Aesir could confront the mighty Fenrir?